All posts in Inspections

There are a lot of factors that help determine your home insurance rates, but none are so easy to control as proper home maintenance.

Taking care of your home prevents wear and tear, damage, and the stress of having to deal with a middle-of-the-night emergency. When your home performs the way it should, you not only live better, you can breathe easier. And so can your insurance company when they consider how much of your risk they are taking on.

More claims lead to higher home insurance rates, so proper home maintenance is one way to keep your premiums down.
END_OF_DOCUMENT_TOKEN_TO_BE_REPLACED

Normally, when people spend money they like to receive something of value in exchange for it. It’s difficult for insurance to provide obvious or immediate value because no one ever wants to have to use it. Everyone’s financial sensibility is vulnerable to ads like the one below that seem to bring that value. A new roof on your home can cost anywhere from $5,000.00 to $50,000.00 depending upon size, materials and contractor. The free roofs that are being promised all across Florida in ads like these, however, are not free at all. In fact, they are incredibly costly to the homeowner and the general public.
END_OF_DOCUMENT_TOKEN_TO_BE_REPLACED 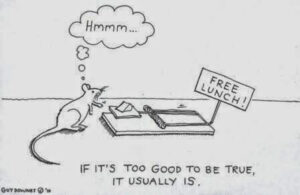 Insurance is there to protect homeowners from sudden and accidental damage.  Unlike a home warranty or maintenance contract, insurance does not cover wear and tear or an item reaching the end of its useful life.  Insurance is designed and priced to repair or replace a roof if a tree falls on your house, a hail storm causes damage or another sudden, accidental and unforeseeable event damages your home.  Unfortunately, opportunistic and criminally liable contractors are looking for homes with shingle roof at or around 15 years old all over Florida.  These roofs are naturally reaching the end of their lives, and most homeowners dread having to purchase one from within their household budget.  Knock, knock…
END_OF_DOCUMENT_TOKEN_TO_BE_REPLACED 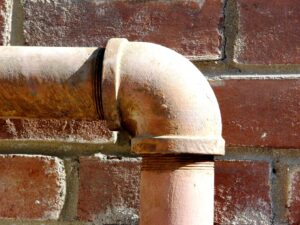 Unfortunately, this line is becoming more common by the day in Florida. Homes are being bought and sold at a quick pace again, and any house built between 1978 and 1995 probably started out with Polybutylene plumbing pipes. If your house has not been re-piped it has been blacklisted by nearly all insurance companies. This isn’t because insurers want to be mean. It is because there is evidence that Polybutylene fails more often than other types of plumbing.
END_OF_DOCUMENT_TOKEN_TO_BE_REPLACED 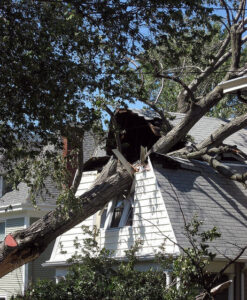 A.  Keeping a comfy roof over your head is one of peoples’ highest priorities no matter where they are.  When it comes to homeowner insurance roofs can quickly become a lot more complication than just shingle or tile.  Insurance carriers have detailed data on how long roofs are expected to last, what are the most common causes of roof related claims, and which types of roofs tend to work best.
END_OF_DOCUMENT_TOKEN_TO_BE_REPLACED

Q. How long is an inspection?
A. The time spent at the property is usually less than an hour. We do research prior to the appointment and at the home we verify the results of our research and confirm the way the roof is secured to the house. It really depends on how far into the attic the inspector has to go to find and photograph the features the insurer is looking for.
END_OF_DOCUMENT_TOKEN_TO_BE_REPLACED

If you electrical panel looks like this call an electrician immediately!

A.  Passing judgment on these types of electrical panels isn’t something that insurance professionals can do, but many insurance companies say that they experience more claims related to electrical fires in homes with these panel boxes.  Many times homeowners don’t know they have a questionable electrical panel until they have had a 4 Point Inspection.
END_OF_DOCUMENT_TOKEN_TO_BE_REPLACED

A.  A 4 Point inspection is like a check-up for the vital systems in your home.  The inspection isn’t conducted on a pass/fail basis, but it can reveal areas that need repair.  The 4 points examined are the roof, electrical wiring, plumbing, and heating/cooling systems.  Many homeowner insurance companies require 4 Point inspections once homes reach a certain age.  It’s a relatively easy and inexpensive way to ensure that your home is healthy and doesn’t have any hidden problems that may reveal themselves when least expected.  When you hire someone to do an inspection you make sure they are licensed. We work with a few highly rated and recommended inspectors so if you need their number give us a call!  It is possible that your insurance company may come back and request that you make a change based on the results of the 4 Point Inspection. For example, there are electrical panels that are old and can be a fire hazard and certain types of pipes that are found to leak more so if you have them the company may request that you replace or fix them.

What Is a Wind Mitigation Inspection?

What is a Wind Mitigation inspection and should I get one?

Wind Mitigation inspection must be performed by a licensed general contractor, building contractor, architect, engineer, building inspector or home inspector. The form used as of August 2014 is OIR-B1-1802 and photos must accompany the wind mitigation report for it to be valid.

Wind Mitigation credits were mandated by the Florida Legislature several years ago, and they earn premium discounts for construction methods within your roof that resist damage by wind. There are several categories of credits, and within the several categories there are several levels of discounts. The age of the home and roof will be examined and inspectors will also be noting and taking photos of the roof deck attachment, roof to wall connection, roof shape and the existence of a secondary water resistance barrier.

The cost of a Wind Mitigation Inspection varies by vendor, but it is generally inexpensive. Do your research on inspection companies. You want to make sure the inspection is done properly. If you need a referral we work closely with and trust a few local inspectors so just ask!

The only way to know exactly how much you can save is by having the inspection done. The inspection cannot hurt you or cause your premium to go up. It can only cause the premium to stay the same or go down, sometimes by several hundreds of dollars! 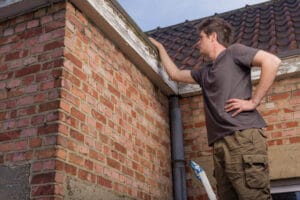 You definitely don’t have to be a professional to understand a Wind Mitigation inspection, however it does get technical.  Let’s take a look at what the inspector is looking for, why he or she is looking, and how the process came to be.

First, it’s important to know that the Uniform Mitigation Verification Inspection Form is actually a legal affidavit.  That means that it’s considered a written statement confirmed by oath or affirmation for use as evidence in court.  This goes along with why all insurance companies in Florida must offer premium discounts for Wind Mitigation (although they can vary by company); the state legislature mandated the credits!

A Wind Mitigation Inspection looks at 7 areas of your roof system.  They are:

Who Executes a Wind Mitigation inspection?

There are 6 types of qualified people who can sign-off on your Wind Mitigation Inspection.  It must also include your signature a series of photos that substantiate each of the 7 items.  Sadly, the photos became a requirement because a lot of Wind Mitigation fraud when the program first came to be.  This six approved inspectors are:

Where did Wind Mitigation credits come from? 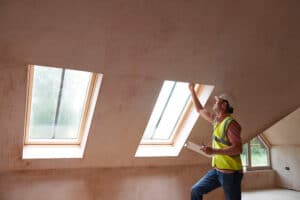 Every home insurance company in Florida must offer Wind Mitigation discounts.  However, there is no standard amount for each of the 7 credit earning items, nor is there any scientific data used to determine how much credit each carrier awards for each item.  Insurer A might give a 5% discount for having “Clips” in item 4, but Insurer B might offer only 1% or as much as 10%.  These discounts are also often only applied to the “Wind” portion of your premium:  Say your insurance costs $1,000.00 per year.  It is then broken down into “Wind” and “Non-Wind” portions.  Again, there is no standard amongst carriers for that split, so there is no way to substantiate it on a common level for all homeowners.  Effectively, the Florida Legislature said, “In order to get reelected we need a juicy talking point about saving Florida homeowners money on their insurance.  We’re going to cast aside the scientific data that makes claims costs predictable and require quasi-scientific discounts.”

The proof is in the pudding.  It’s why the companies are required to offer a certain level discount.  There’s no data to use to be certain that feature X is really that significantly better than feature Y.  Thus, the elected officials get to say they got you a discount, but the insurers get to make it as big or little as they want because it’s not really a science-based item.

This doesn’t mean that all Florida homeowners shouldn’t take advantage of a Wind Mitigation Inspection.  We often find that the inspections pay for themselves, earning at least $80-$100 of credit each year for a guaranteed 5 years (often longer).  Many times the credits reach well into the hundreds and even thousands of dollars.  It is rare that no credits are earned because without the inspection your home is assumed to have the least possible wind resistive features.  It’s also important to note that the inspection CANNOT hurt you.  You cannot be charged more unless you had a prior Wind Mitigation Inspection that had incorrect findings in your favor.  I urge all Florida homeowners to get the inspection done.  I cannot guarantee a savings with 100% certainty, but it’s tremendously likely ( 90% or more in my opinion) that you’ll wind up with a positive result!

**This piece is intended as an incomplete introduction and reference to the process of Wind Mitigation Inspection for Florida homeowners.  It does not imply or guarantee any premium savings, insurance coverage or protection against loss.  Wind Mitigation Inspectors are hired at all homeowners’ own risk.  Harry Levine Insurance is in no way responsible for positive or negative outcomes of any actions taken in reliance on this article.  No action should be taken in reliance on this article.**